Tue
14 Mar 2017
In commercial photography there is more of a demand for portraits to show people in their working environment, or in a recognisably local setting, so the vast majority of the portraits I take are out on location. This is not just a commercial thing either as the same will be true I imagine of most photographers without access to a studio and I wanted to share a bit of technique (aimed towards those who already have a decent understanding of photography) to getting a professional look when taking environmental portraits. 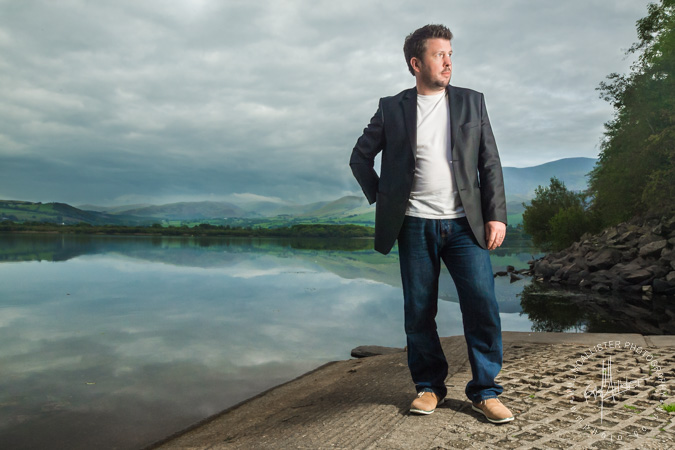 Create contrast between the subject and background
When taking portraits out on location I usually just use a single flashgun (also known as a speedlite) off-camera. Mine has built in remote triggering but you can also buy remote triggers or a cable. The photo above was taken using just a single flashgun placed to the side on a tripod, though I also had a studio soft box fitted to give softer light this isn't a necessity.

Taken without any form of lighting, environmental portraits can lack punch as the subject is very rarely brighter than the background. Either the background will be overpoweringly bright, or there will be a lack of contrast between the subject and background.

Using flash to light the subject not only allows you to visually lift the subject away from the background but also gives you flexibility in how you balance the two as flash essentially lights the subject independently of shutter speed, so you can set the flash power to correctly expose the subject and then adjust your shutter speed to taste for how you want your background exposed. In the example above, taken in the late afternoon, the sky was still fairly bright and my subject would have been in shadow. I first chose an appropriate aperture and then set the flash power to correctly expose him. At the point the sky was still too bright, but I could shorten the shutter speed to underexpose it without affecting the exposure of the subject, as the flash puts out all its light in a much shorter space of time than the shutter speed.

Another technique you can take advantage of when separating exposure of subject and background in this way is adjusting the colour of the light through gels. These are transparent coloured pieces of plastic which can be fitted in front of the flash. The normal way to make use of them is that while it is the flash you are changing the colour of, you want the subject to appear as if lit by normal white light; so you adjust the white balance on the camera to match the gel and as the result the background appears a different colour. For example, fitting an orange gel to the flash will mean the subject is lit by a warm light, if you set the white balance to a warm setting such as tungsten then it will compensate for that warmth and the background will appear bluer and cooler. I haven't however used that in the example.

When using flash, you should familiarise yourself with general portrait lighting techniques as your control is now no longer just over the exposure of the image, but also the direction and softness of the light, you should decide where you want to position the light, whether you want a single or multiple light set-up and whether to use any lighting modifiers.